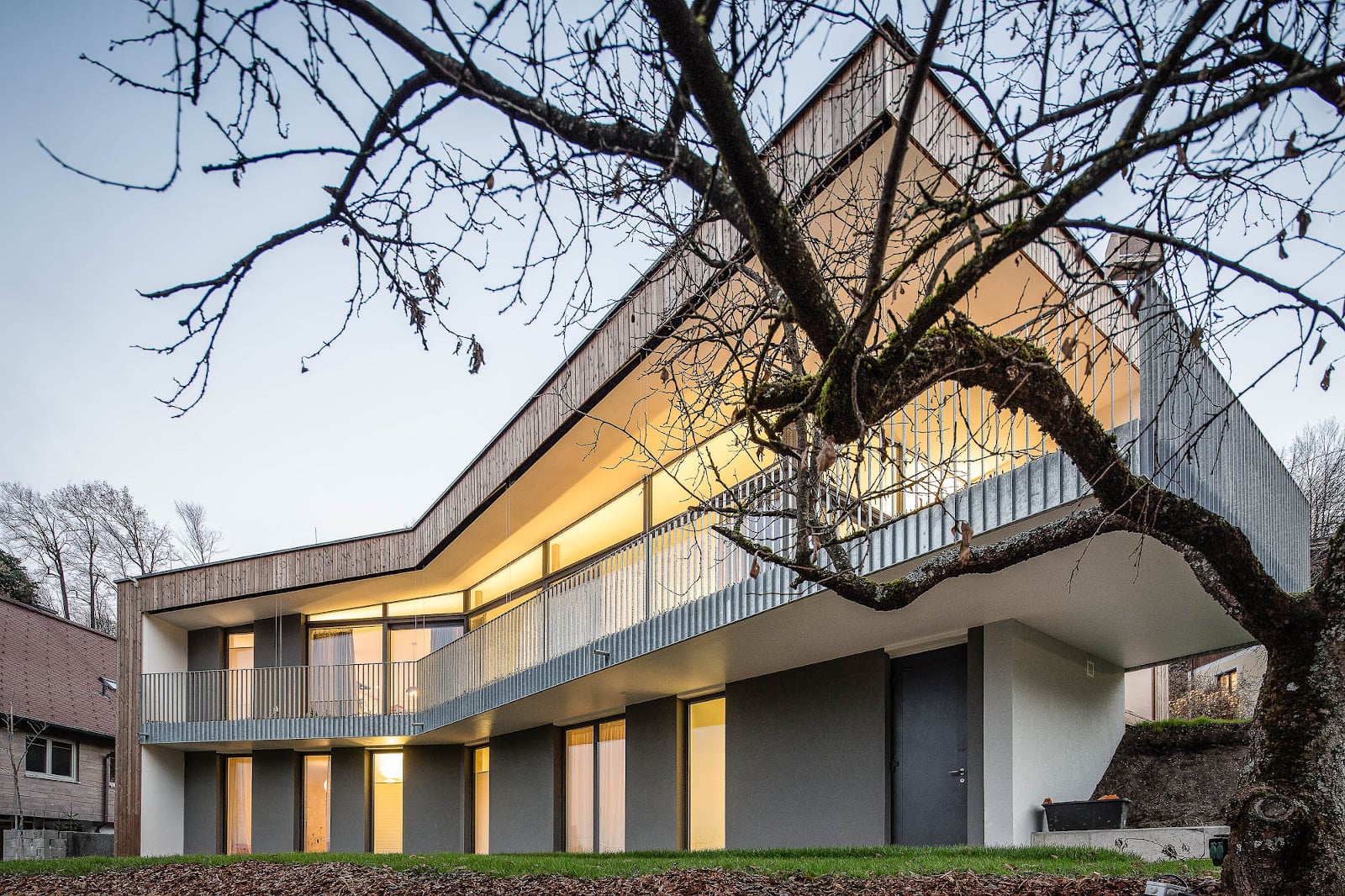 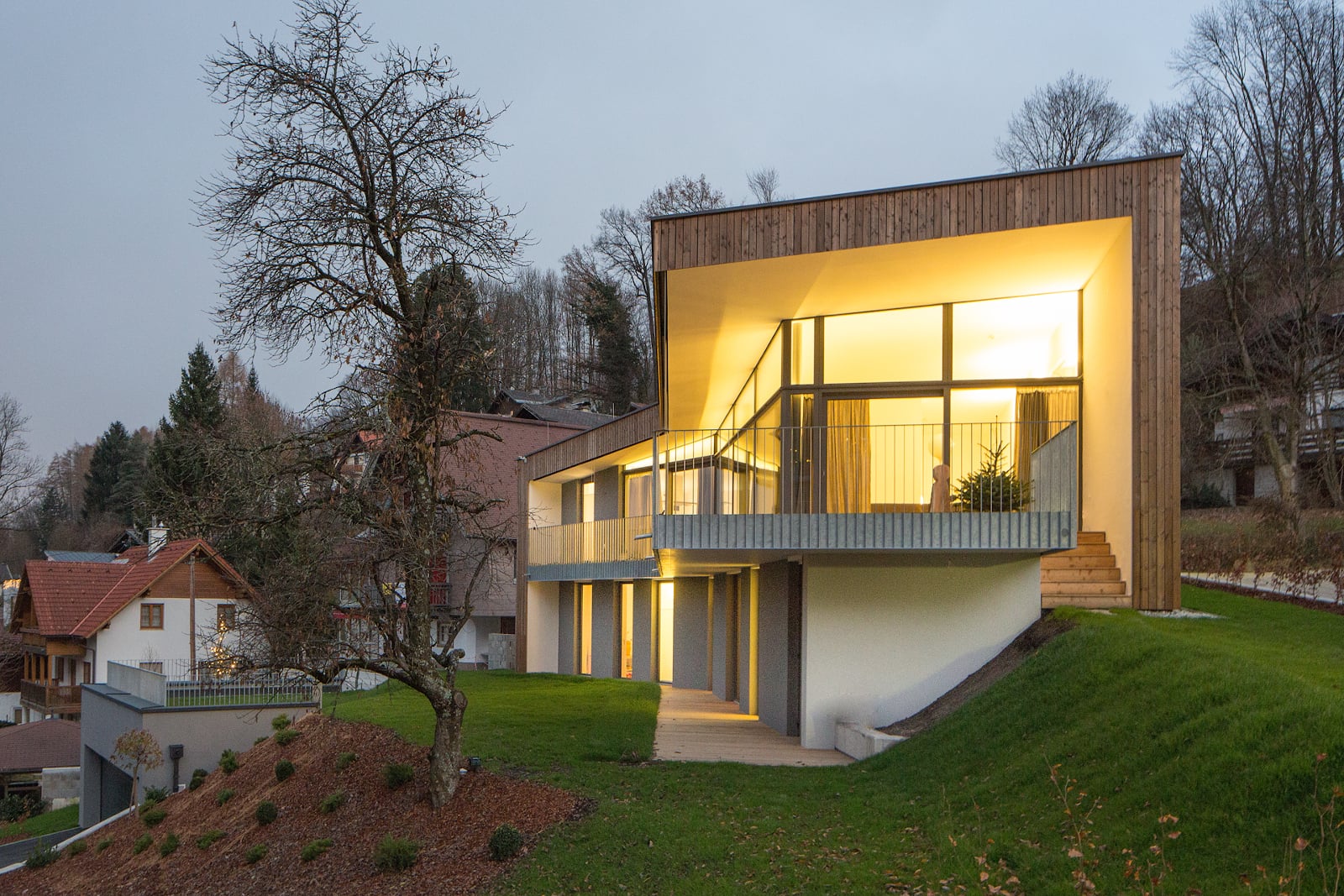 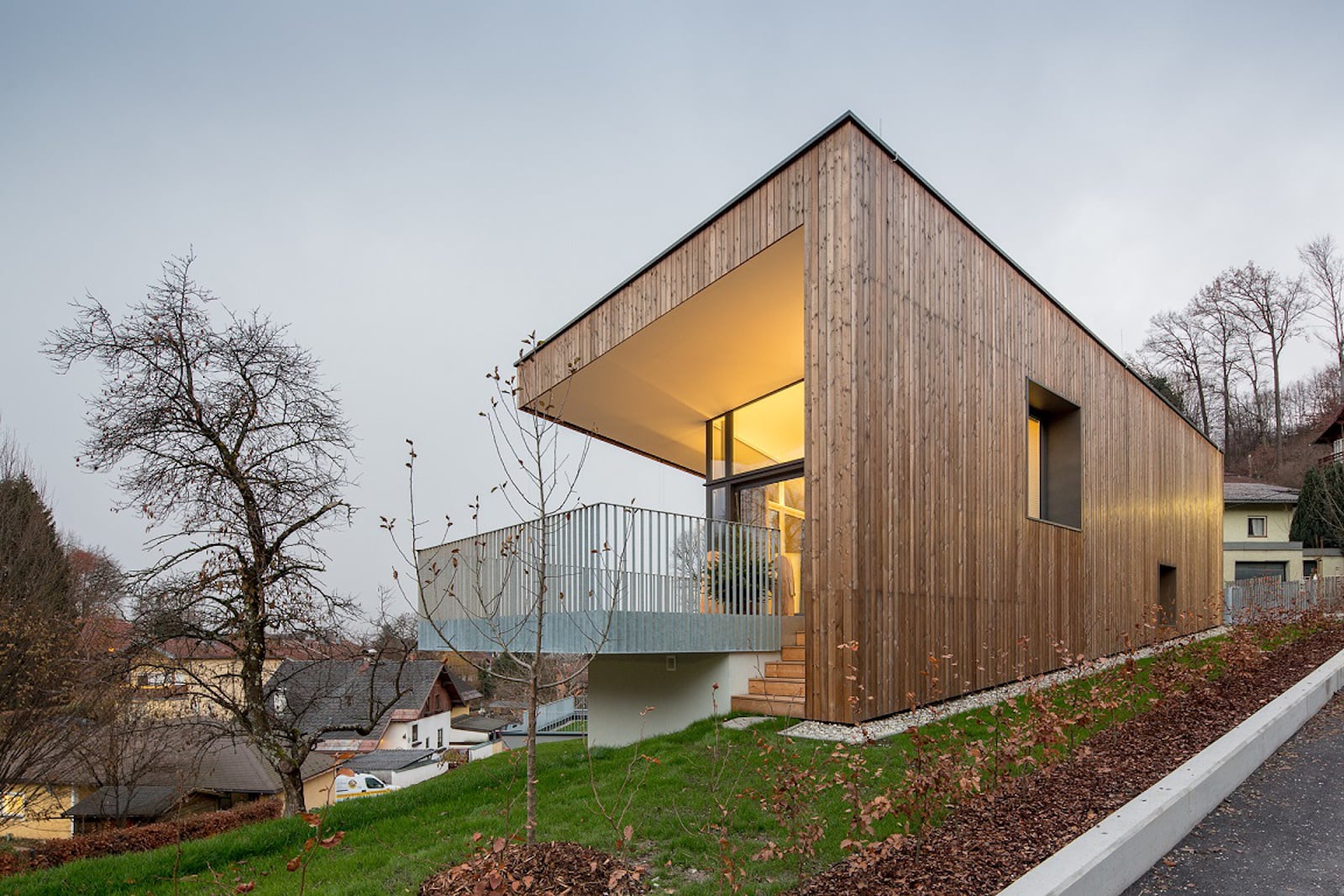 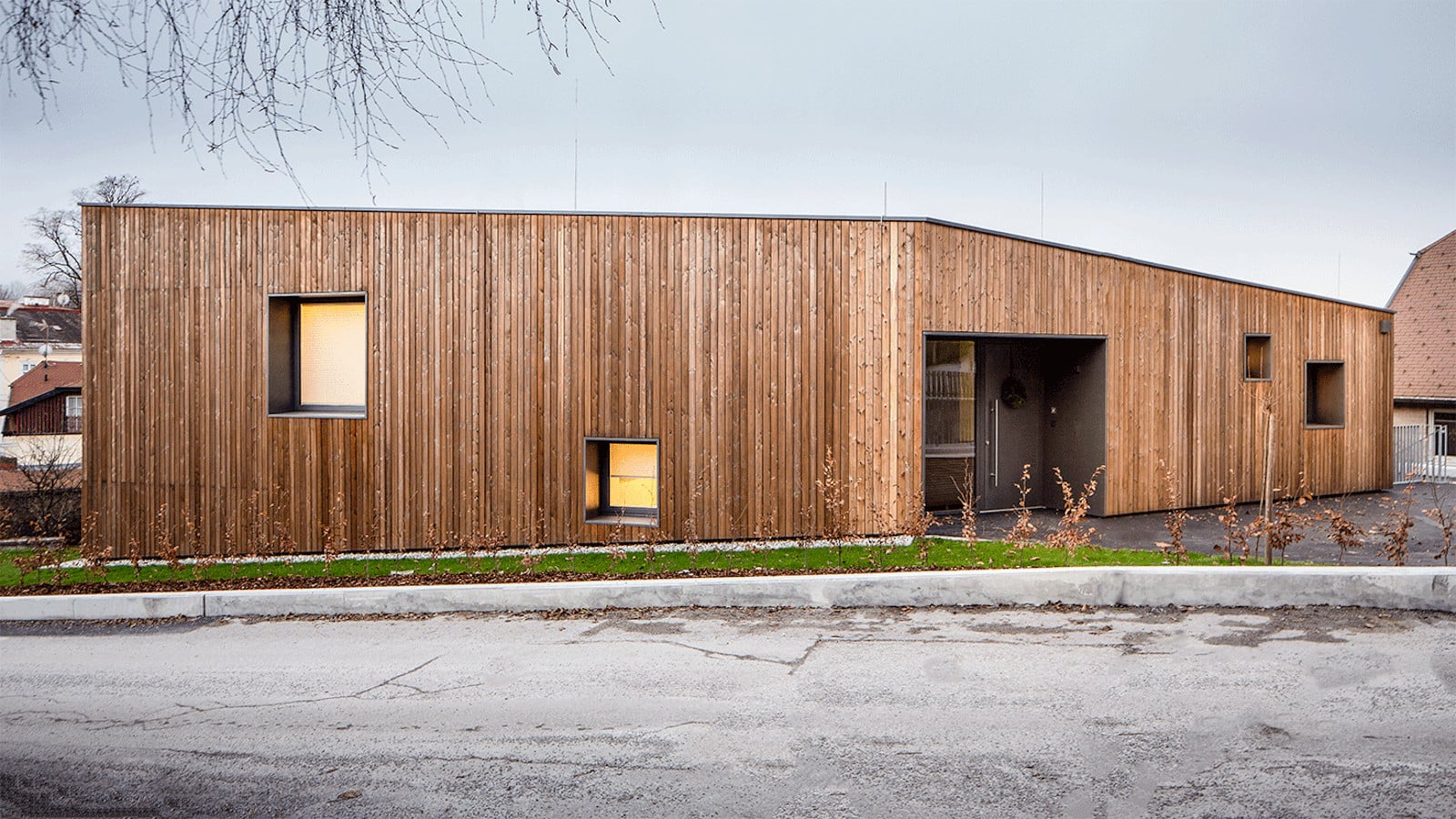 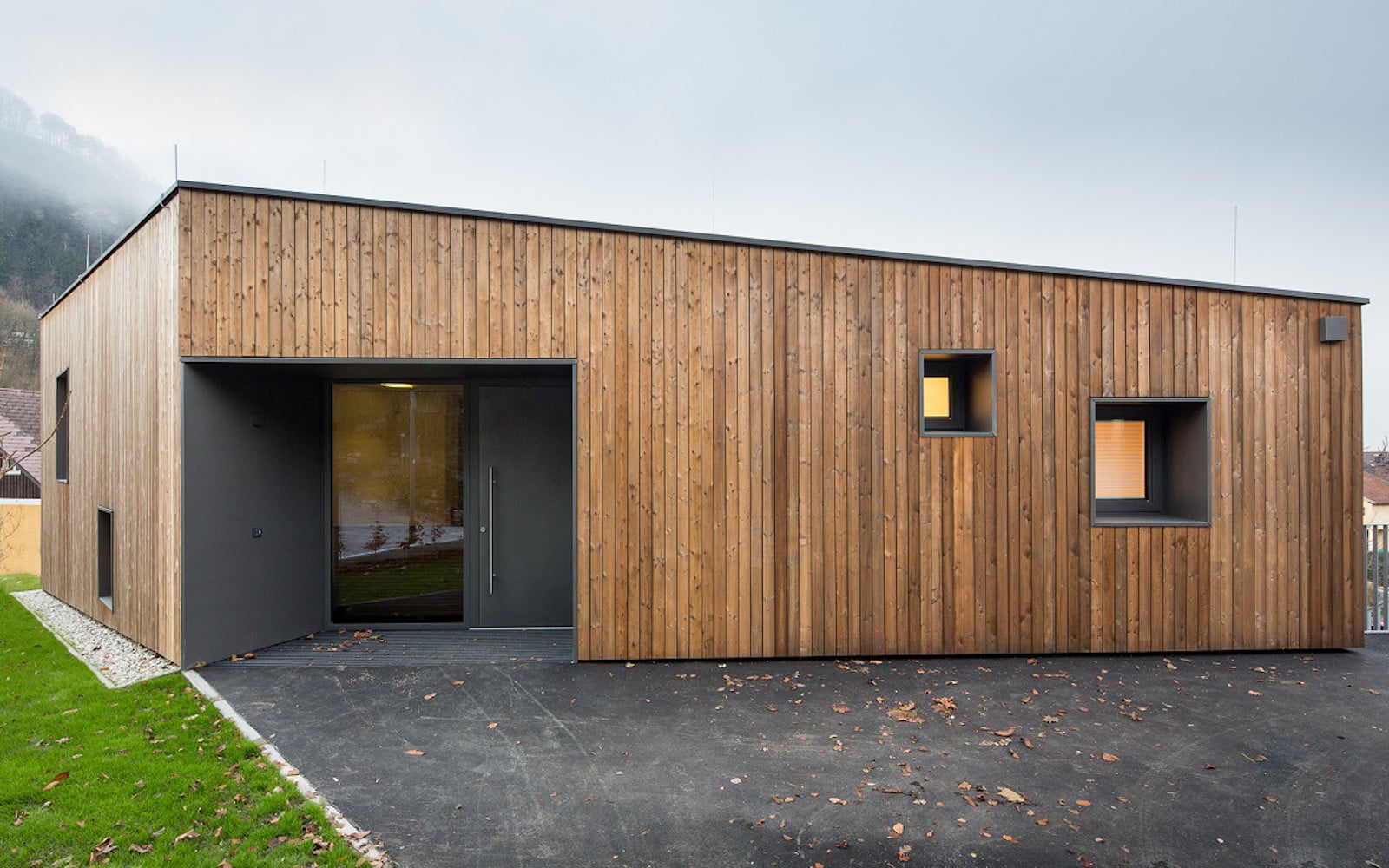 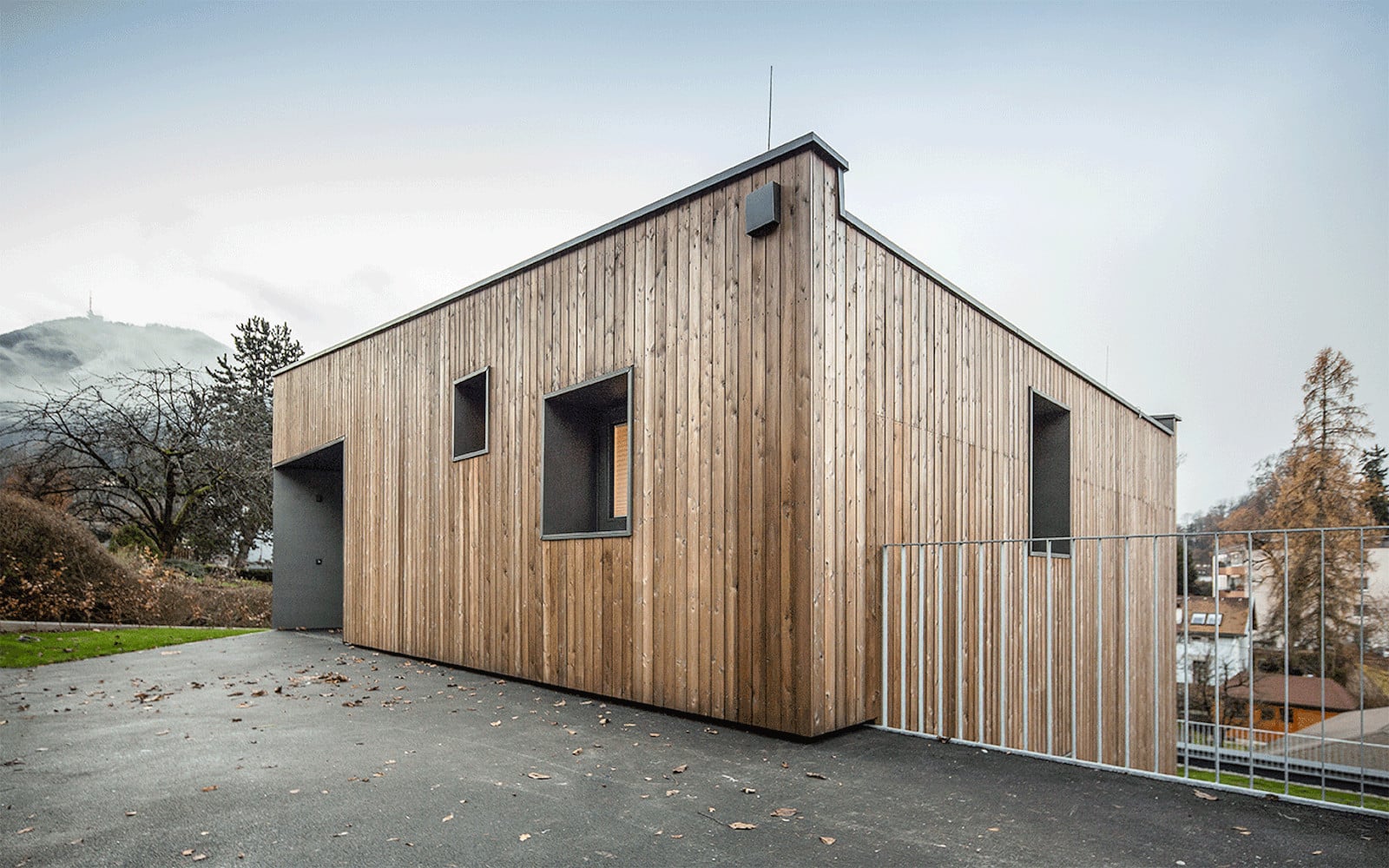 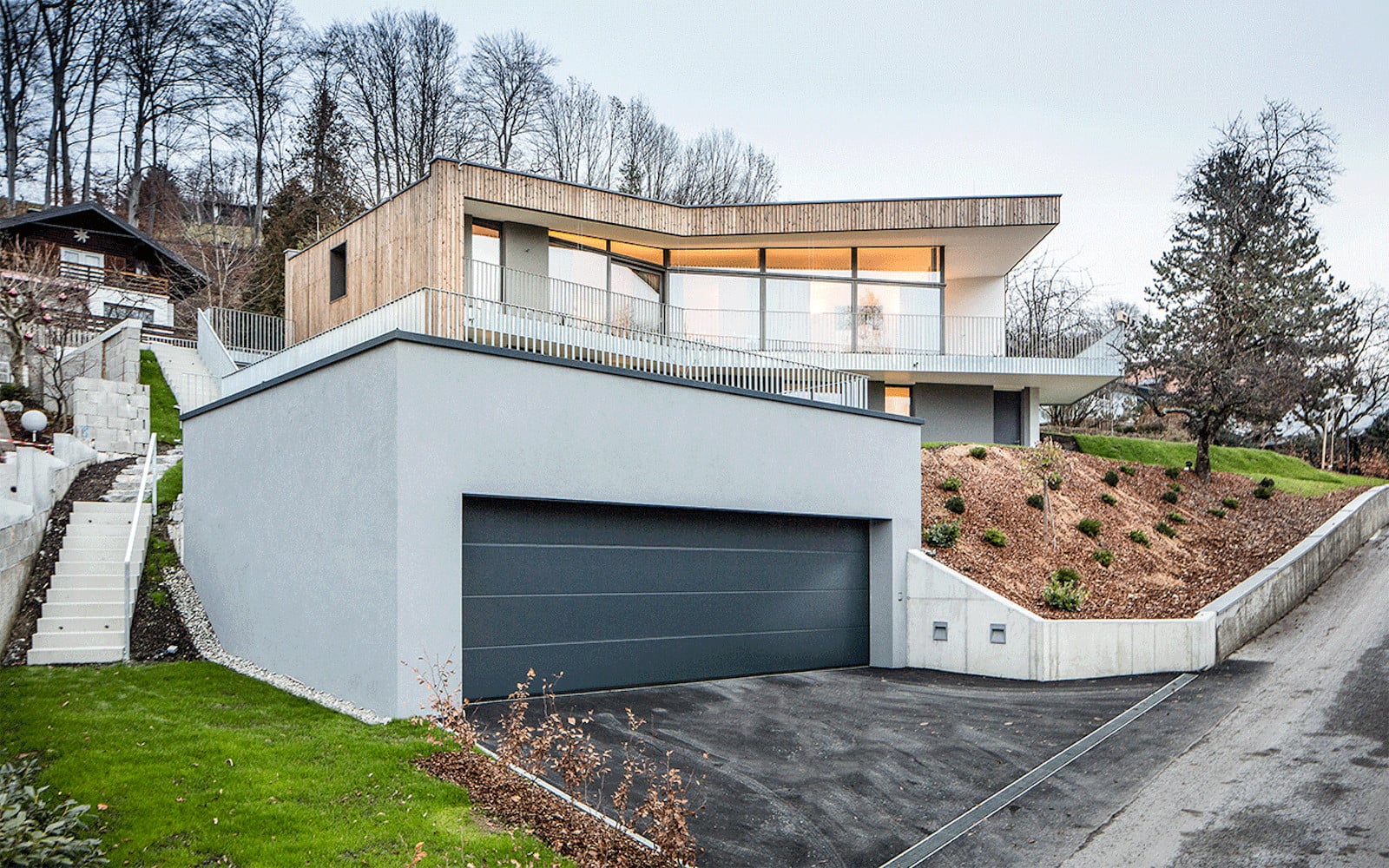 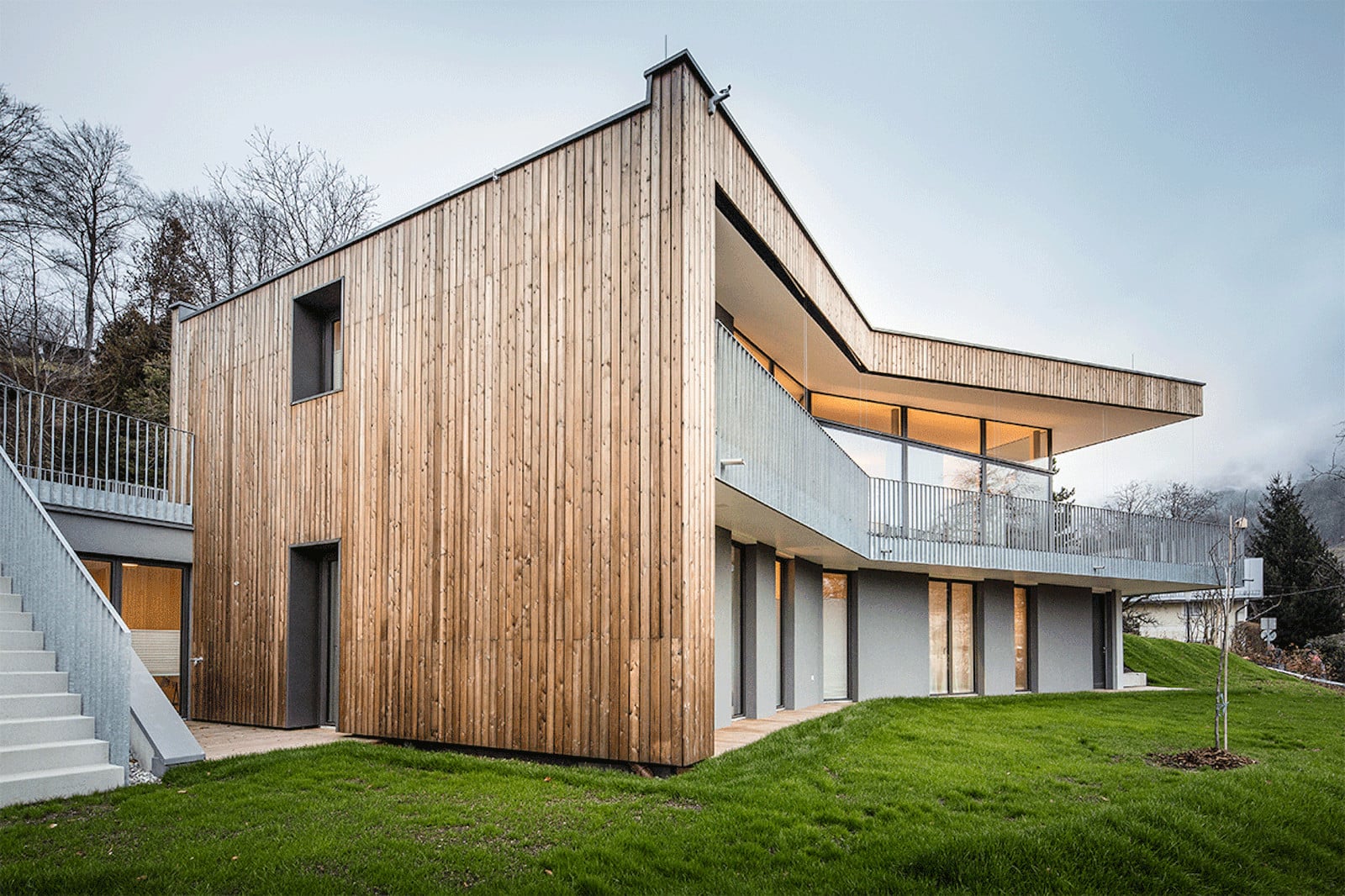 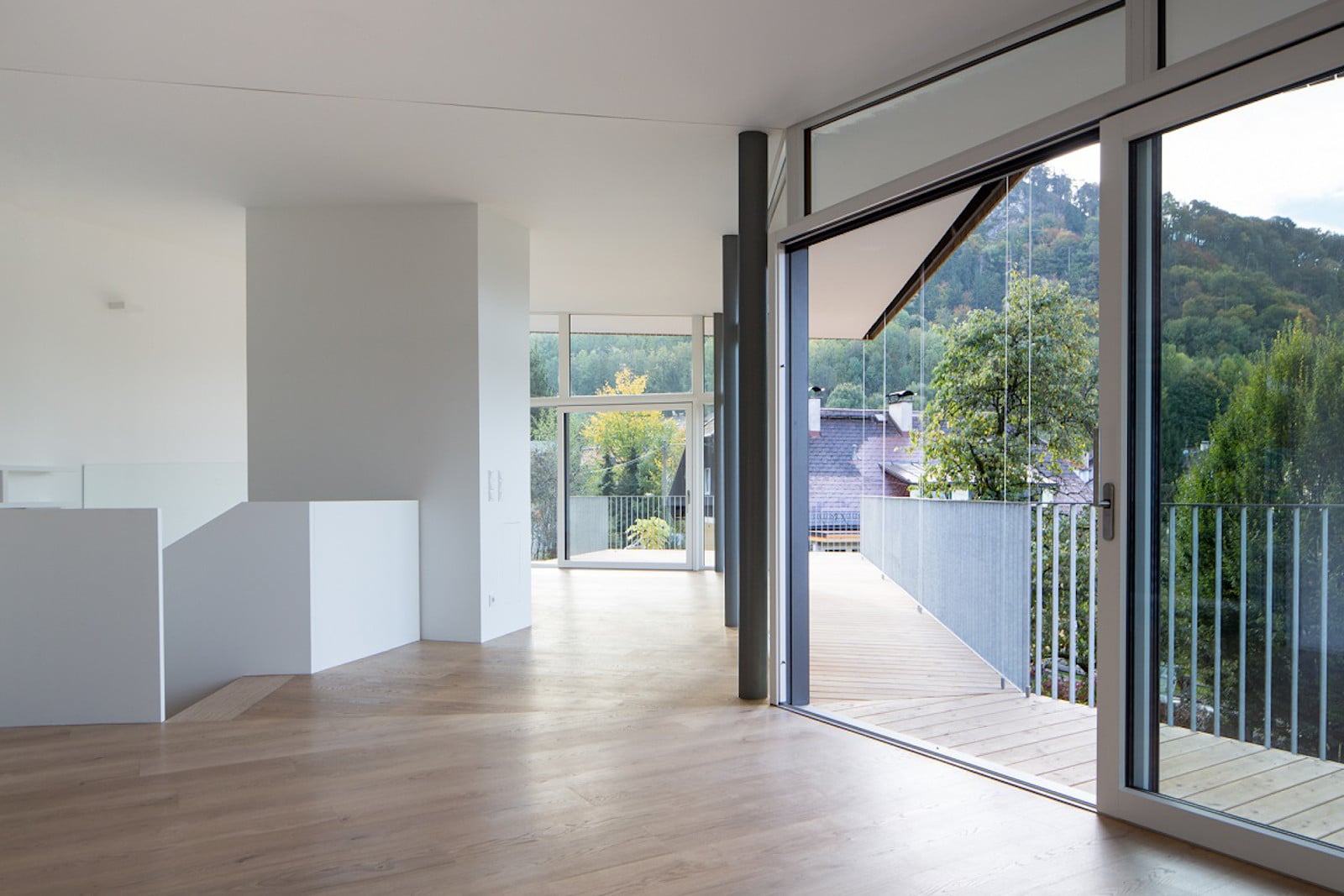 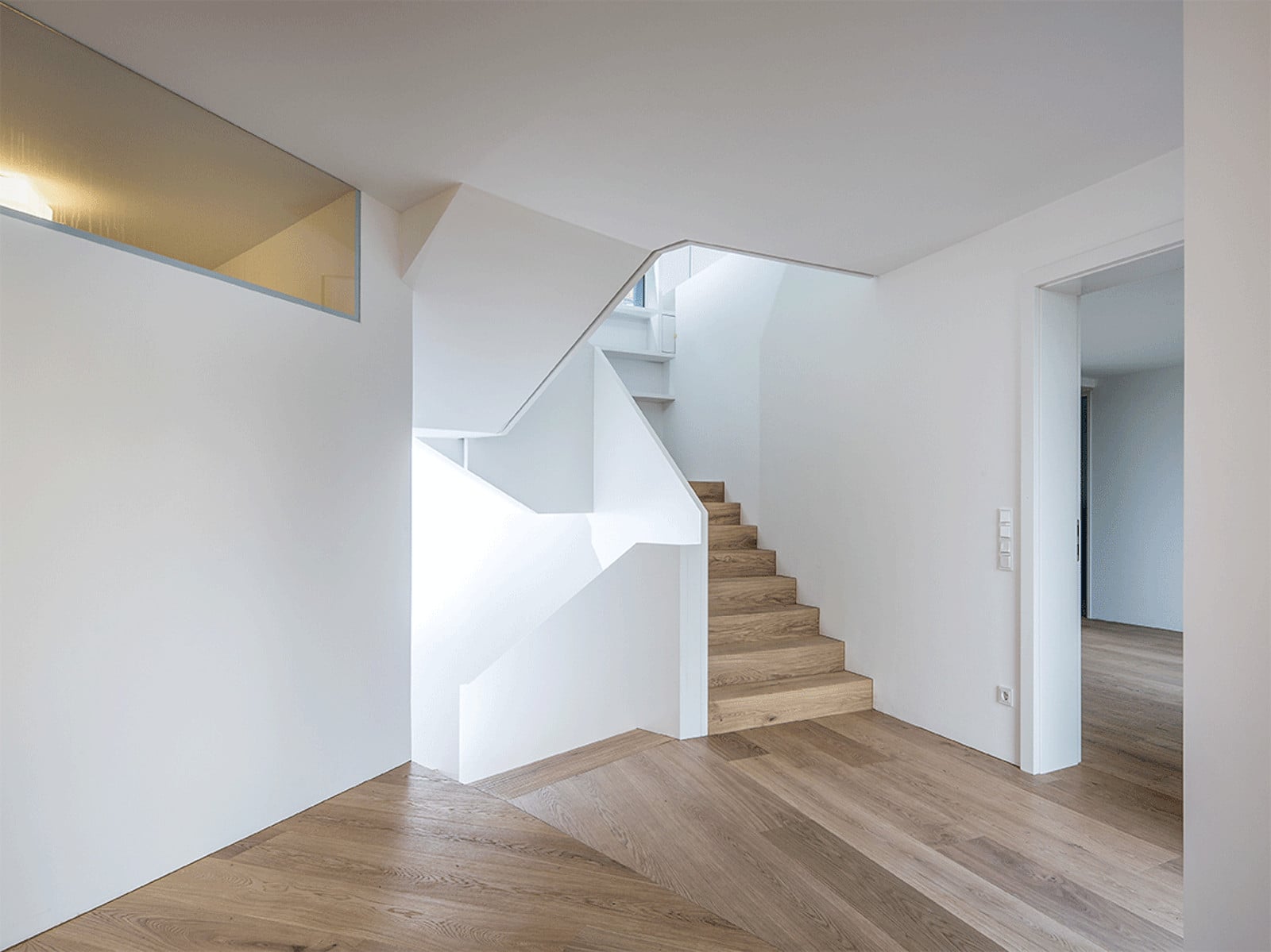 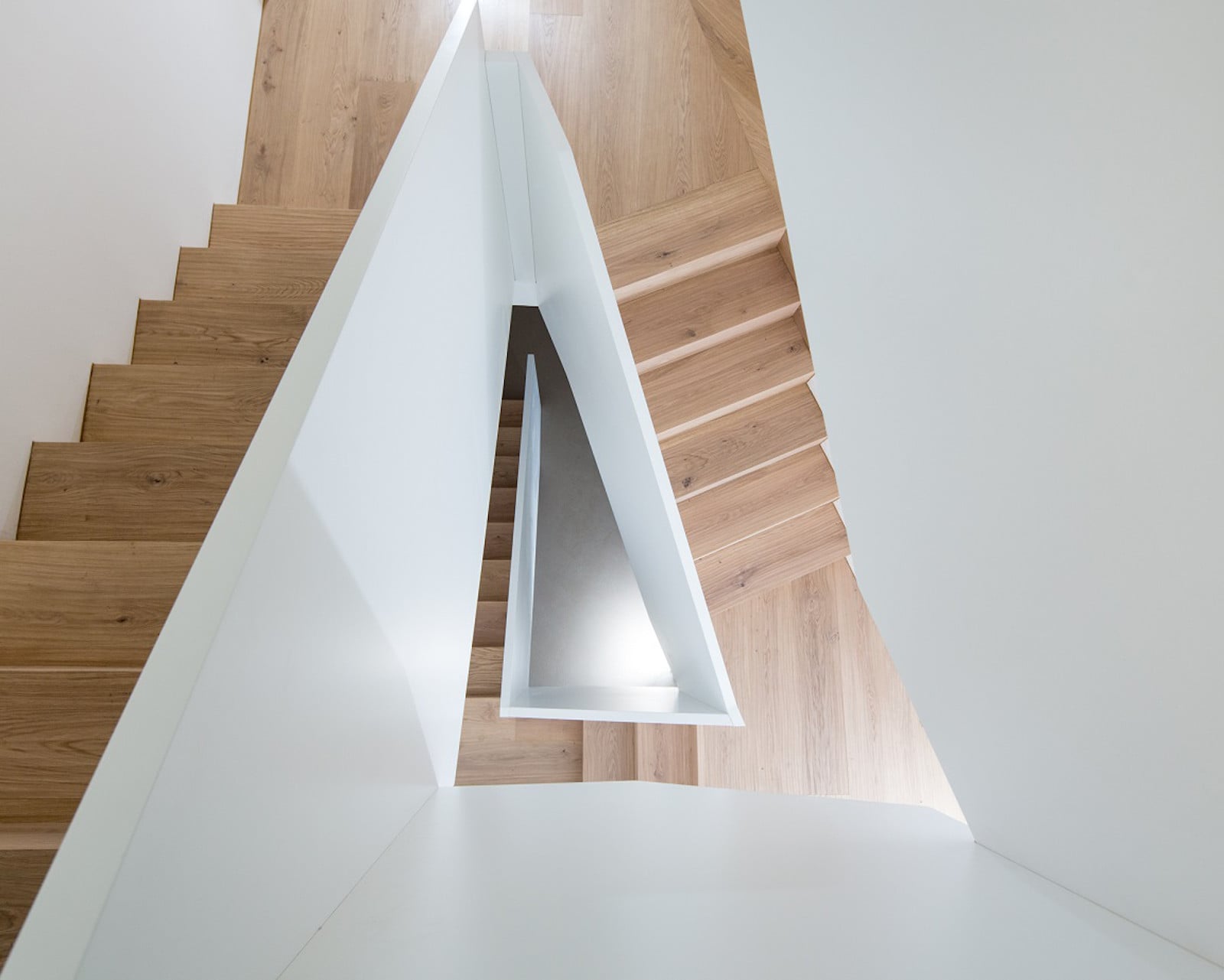 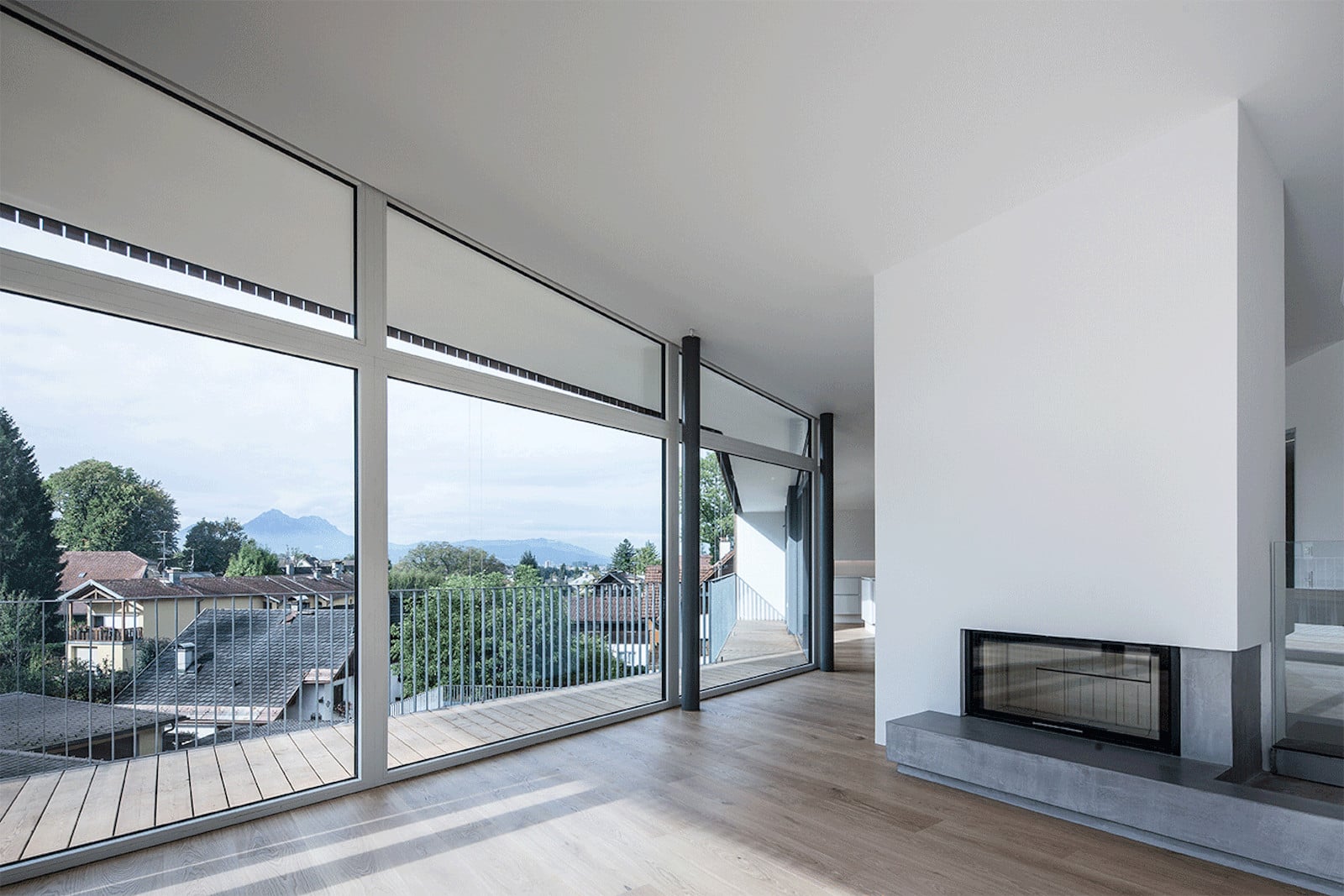 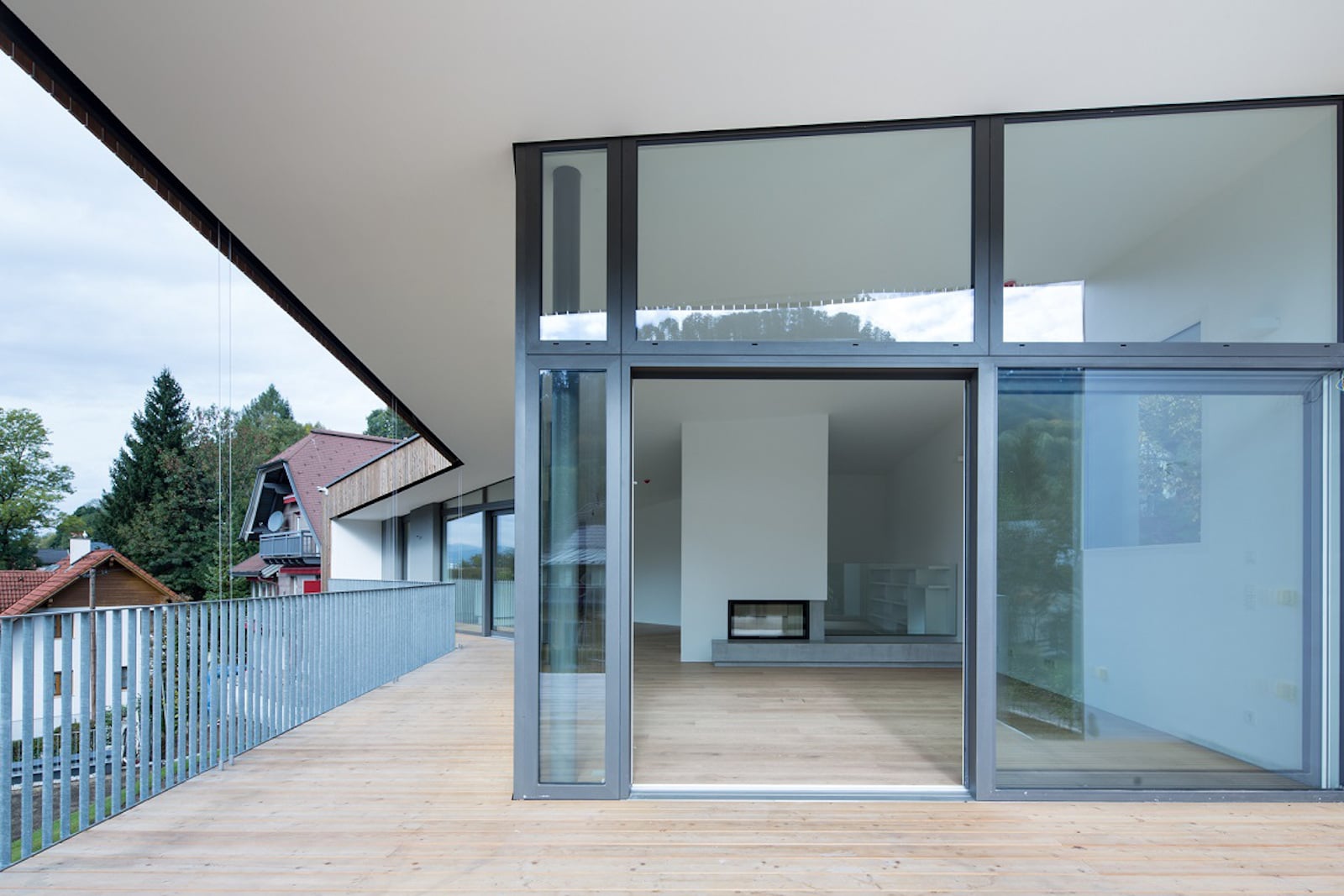 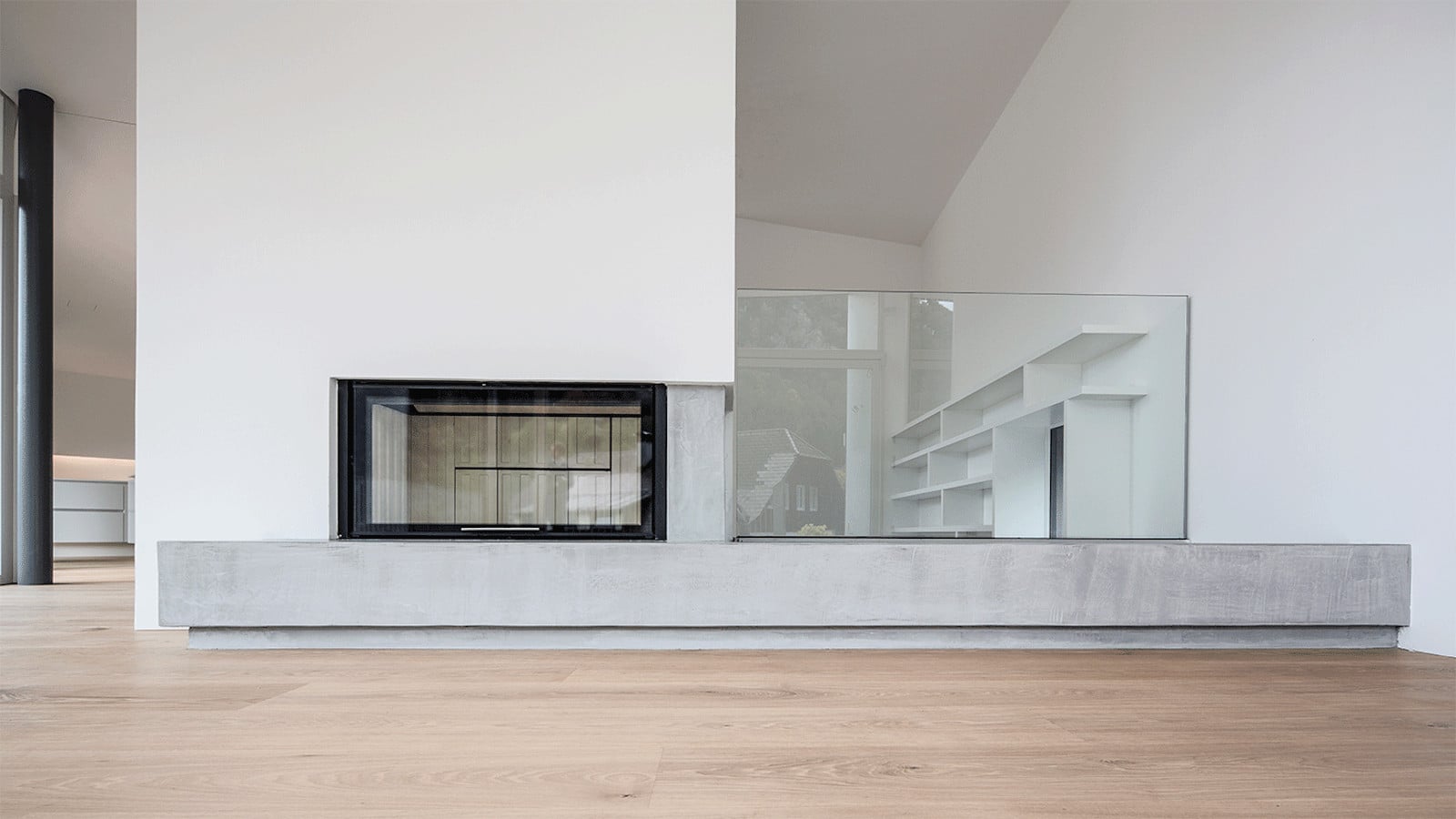 House T is located on the edge of the city and looking out toward the Alps; its complex topography and outstanding surroundings being the main challenges. The house needed to be integrated as though it had always been there, and we wanted to use the topography as an asset. These particular features provided the preconditions for the design.

The triangular plot positioned on a steep hillside is bordered to the north (mountain) and south (valley) by two access roads, resulting in the house being perceived differently from its various viewing points.

The volume is anchored on its west side, from where, as if an extrusion, fans out in plan and section toward the south-east. As a result, main rooms are provided with greater internal volume and redirected toward sunset, the city, and the mountains. Similarly, the terrace on its east side opens itself away from the house’s front façade; its surface increased, it forms the only construction element flying out of the house outline.

The volume appears hermetical when viewed from the mountainside, contrasting with the open valley facing side of the house.

In keeping with this vision, the north abstract façade is a veneer of larch wood slats around square windows of varying sizes, in direct contrast with the lighter and airier south one. The result is a house that when viewed from each standpoint is perceived in different scales.